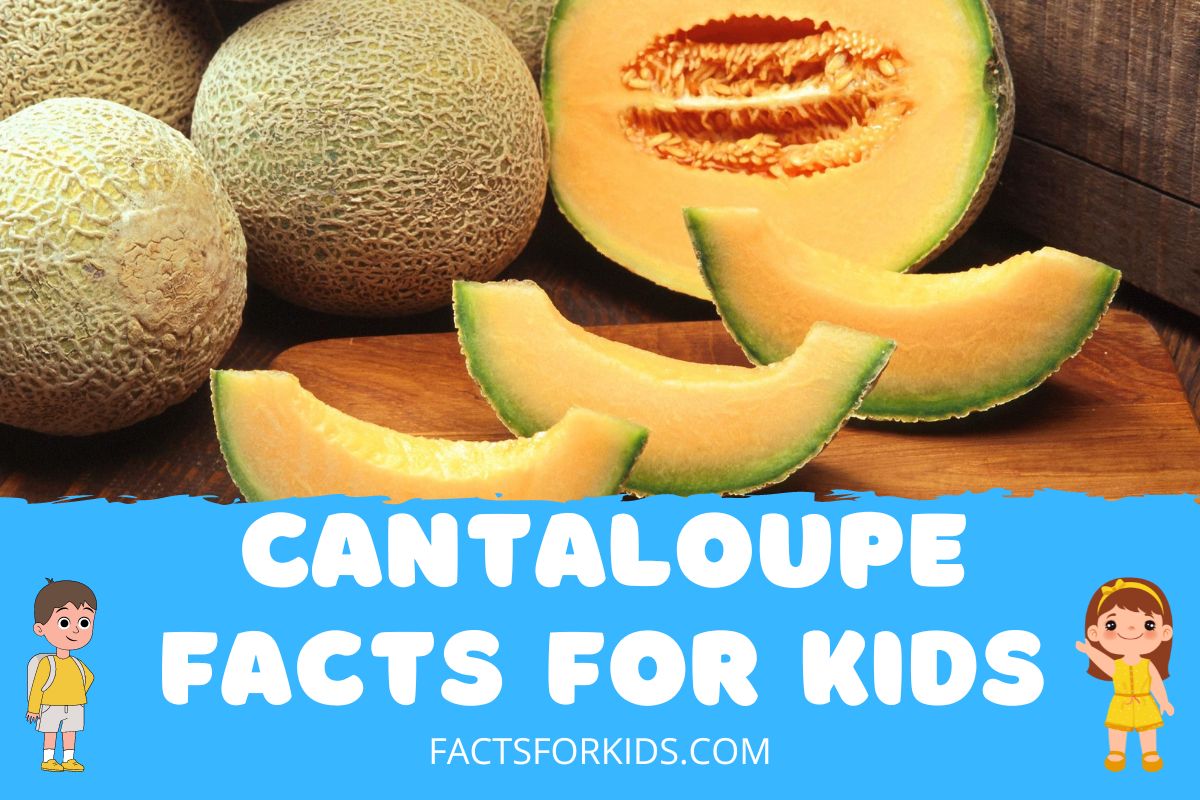 Summer is in full swing, and that means one thing – cantaloupe season! They are a healthy food choice for kids and adults alike and are a good source of vitamins A, C, and B6. Cantaloupes can be eaten fresh or used in recipes.

What do you know about cantaloupes? Chances are, you know at least a few things. But even if you think you know a lot about these delicious and nutritious fruits, we’re betting there are some things here that will surprise you!

In this article, we’ve put together a bunch of fun facts about this delicious fruit. You might be surprised by some of the things you learn. So, without any further ado, let’s get started!

1. Cantaloupes have been named after an Italian city 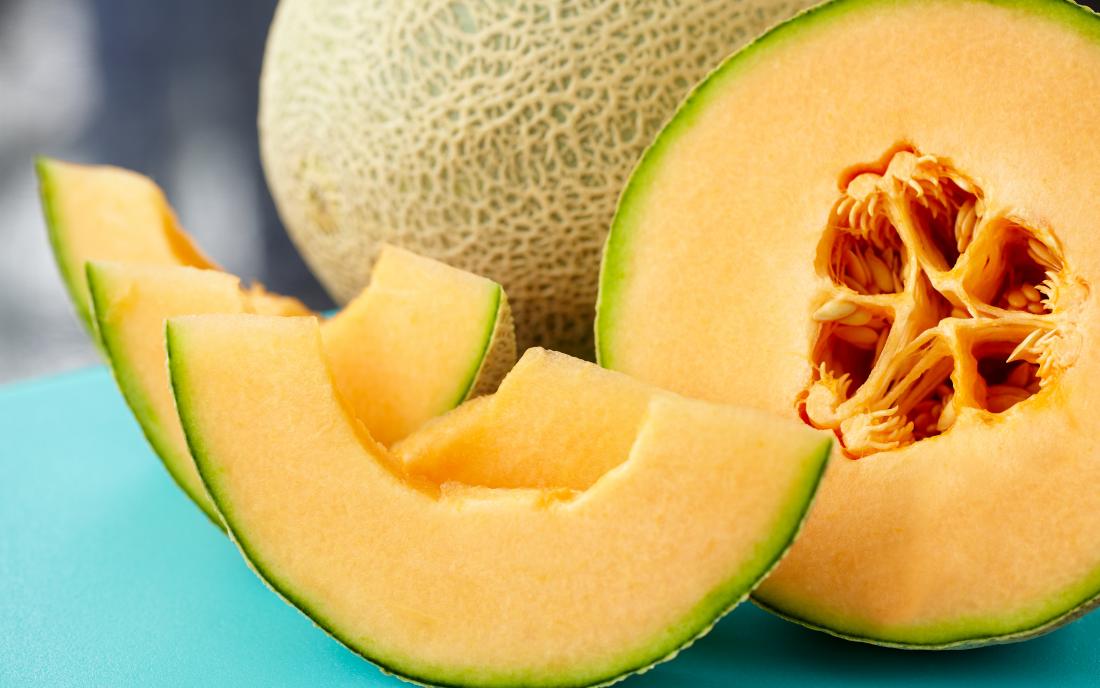 Have you ever thought about how cantaloupes were named? These fruits have been named after Cantalupo, a small town in the Lazio region of Italy, where they had first arrived from the Asian country of Armenia.

2. Cantaloupe is a muskmelon!

Most people consider Cantaloupes a melon variety, which isn’t true. While these fruits are categorized as melons, they have a narrower subcategory as well. They’re actually a muskmelon variety, just like Persian Melons, Santa Claus Melons, and Honeydew.

While we call cantaloupes cantaloupes, that’s not the name the Australians use for them. To them, these fruits are called rockmelons, which is also the case for the people of New Zealand. Moreover, cantaloupes are also referred to as Sweet Melons in some parts of the world.

4. Cantaloupes have originated in the Middle East

When it comes to determining the origins of cantaloupes, there’s a lot of conflict among people. While experts claim that these tropical fruits must have originated in the Middle East, there are multiple theories about which place to pinpoint it.

Some historians trace their roots back to Persia, whereas others point toward Egypt. Yet others believe they originated in ancient Greece.

Although the origin of Cantaloupe is difficult to trace, its introduction to the Americas was quite significant and memorable. Cantaloupes, along with other fruits and melons, were brought to America by Christopher Columbus on one of his westward voyages towards the end of the 15th century.

6. The seeds of cantaloupes are both edible and nutritious

While eating fruits like apples, apricots, plums, and avocados, you’re always extra careful about removing their seeds, aren’t you? This is because these seeds contain amygdalin, that’s toxic to us.

But when it comes to cantaloupes, you needn’t be as careful, as the seeds inside them aren’t just edible but also nutrient-dense. In fact, roasted cantaloupe seeds are a healthy snack with global popularity and are sold in countless online and offline stores.

7. The color of the Cantaloupe’s rind changes as it ripens

All fruits undergo changes in their appearance as they ripen; the same is true for Cantaloupe. When the rind of these fruits leaves behind its greenwash and takes on a creamy shade instead, it’s a sign that they’re ripe.

Another way of telling when a cantaloupe is ripe is by giving the fruit a nudge; if the vine gives easily, it means that your fruit is ready for feasting!

8. The heaviest cantaloupe in the world weighs 67 pounds!

The weight of an average-sized cantaloupe ranges from 3-8 pounds. But can you imagine a cantaloupe weighing 12 times more?!

Sounds impossible, doesn’t it? What if we told you that this seemingly impossible feat had been achieved by a Kentucky resident who made the world record of growing the heaviest cantaloupe?

This cantaloupe, grown back in 2019, weighed 67 pounds, 1.3 ounces (30.47 kilograms! Surprisingly, this is close to the weight of an average 9-years-old, perhaps even your own.

It is no surprise that cantaloupes are grown in both North America as well as Europe. But if you think that the cantaloupes grown on both these continents are the same, you’re in for quite a surprise.

The North American Cantaloupes are different from the European ones in both their appearance as well as taste. The former has a netted texture on its green and yellow rind with moderately sweet flesh. On the other hand, the latter has a smoother rind and a sweeter flesh.

10. China is the leading producer of Cantaloupes in the world

Among all the countries that produce cantaloupes, China ranks first. And while this Asian country is followed by Turkey, Iran, and Egypt on the list, none of them can come even close to matching China’s numbers.

11. California is the leading cantaloupe-producing state in the United States

There are seven major Cantaloupe-producing states in the United States, among which California takes the lead, accounting for 58% of the total cantaloupe production in the country. The Golden State is followed by Arizona, which contributes another 26% to it.

12. The Africans have named Cantaloupes after the Spanish Bacons!

Do you know what names the Africans have given to the cantaloupes? They call them Spanspek. Curious about what the term means? It translates to Spanish Bacon in English. But why would someone name a fruit after bacon, you ask? Here’s your answer:

Behind this strange naming is the story of the 19th-century Governor of Cape Colony, his wife, and their breakfasts.

Governor Harry Smith enjoyed having eggs and bacon for breakfast, whereas his wife, the Spanish Juana Maria, preferred to eat cantaloupes. This seemed so fascinating to the Africans that they decided to name these fruits Spanish bacon.

13. The most expensive fruit in the world is a Japanese Cantaloupe!

Would you believe us if we told you that cantaloupes have also been bought at the price of $13,000? Perhaps not at first. But when you read further, you’ll have to.

In the Japanese culture, melons were seen not just as a fruit but as a luxury gift that people exchanged with each other in Chugen or the Ghost festival.

The green/golden rind of cantaloupe is an inedible part of the fruit, which is why it is always sliced off while preparing cantaloupes to eat. In other words, they are pretty much useless to us.

Who knew that a certain head of the Catholic Church would be able to find a use for it; quite a fascinating use at that? Pope Innocent XIII, who ruled the Papal States between 1721 and 1724, had a peculiar habit.

He used to pour his port wine into a partially-hollowed melon half and then sipped it as an aperitif. If that isn’t the finer taste of the 18th century, we don’t know what is.

15. Cantaloupes are celebrated on Melon Day in August every year

We were very disappointed to learn that no separate day was attributed to celebrating cantaloupes until we found out about Melon Day. Celebrated on the second Sunday of August every year, this day celebrates all the melons and their delicious goodness.

The tradition of Melon Day was initiated in Turkmenistan. This Central Asian country has introduced over 400 different melon varieties to the world. The fruits have been a part of their culture and heritage for decades, which is why they celebrate this day so vigorously.

20 Blueberry Facts For Kids That Are Fun To Know

22 Pumpkin Facts For Kids That Are Just Plain Awesome