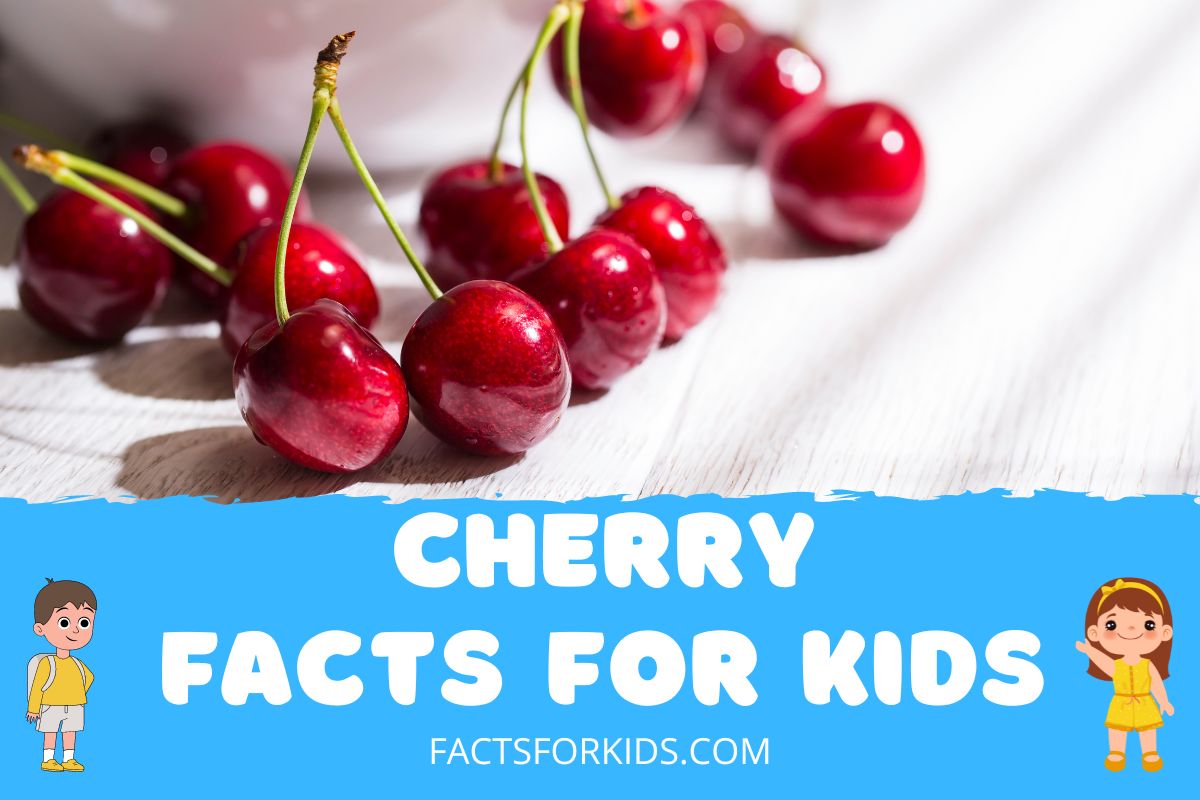 While the apple and blueberry pies are all delicious, if there’s one pie that we can’t get enough of, it’s the cherry pie! The most-bought pie varieties in eleven different states of the country, cherry pies have indeed stolen the heart of all the American foodies. But how much do you know about the main ingredient of these pies: cherries? Today, we’re here to share with you some amazing facts about cherry that you had no idea about.

Contents show
1. Cherries are a kind of drupe
2. There are over 1,000 different varieties of cherries in the world
3. Cherries first came into America in the 17th century
4. Cherries have been around since prehistoric times
5. Turkey is the leading cherry producer in the world
6. The term cherry has Greek origins
7. Cherries are dropped into the water to test their ripeness
8. Black cherries exist, too!
9. Rainier Cherries are also called White Cherries
10. Not all cherries have a sweet taste
11. The cherries that grow on cherry blossom trees aren’t eaten by us
12. Cherry pits can be toxic to you!
13. A single cherry tree can grow over 7,000 cherries!
14. The wood of cherry trees is well-known for building fine furniture
15. Door County in Wisconsin is named Cherryland
16. Michigan is the current cherry capital of the United States
17. National Cherry Day is celebrated on July 16th

1. Cherries are a kind of drupe Do you know what a drupe is? It is a kind of fleshy fruit that has a thin outer skin and a stone or pit at the center containing its seed. And since cherries check all of the above-mentioned criteria, they’re considered a drupe.

2. There are over 1,000 different varieties of cherries in the world

Cherries are small, red, and round, with a pit inside; how much diversity could they possibly have? You’ll be surprised to learn that there are 1,000 different cherry varieties cultivated throughout the world.

Some of the most popular varieties of these fruits include Bing Cherries, Maraschino Cherries, Rainier Cherries, Chelan Cherries, Montmorency Cherries, and Amarena Cherries.

3. Cherries first came into America in the 17th century

While some cherry varieties (like the black cherries) had been in America for a long time, the sweet cherry varieties that can be eaten raw were first brought to the country in the 1600s by the European settlers who had voyaged here.

4. Cherries have been around since prehistoric times

While the Americans have a rather short history with cherries, men in the other parts of the world have been enjoying these fruits since prehistoric times.

How do we know this? The fossilized cherry pits that the archaeologists found in the prehistoric caves of Europe and Asia are evidence of how our ancestors that lived in caves must have also fed on these tiny drupes.

5. Turkey is the leading cherry producer in the world

According to the statistics from the FAOSTAT, Turkey is the leading producer of cherries in the world and accounts for over 22% of the total cherry production up to 2020. It is closely followed by the United States, Russia, and Iran.

6. The term cherry has Greek origins

The English term cherry that we’ve attributed to these fruits has a long history. It was derived from the French term cerise, which came from the name of the Greek town, Cerasus. The modern name of this town is Giresun, and it is located in Turkey. This long-stretched association actually makes sense, with Turkey being the topmost producer of these fruits in the world.

7. Cherries are dropped into the water to test their ripeness

There’s a popular quality test for cherries that you can easily perform even at home. For this test, you need a large container filled with water.

When you drop all the cherries in this container, the fully-ripened ones will settle at the bottom, while those that are underdeveloped will float up to the surface. This test indicates that fully developed cherries have a higher density than water. Also referred to as Rum Cherry, black cherries are quite common in North and South America. These cherries are closely related to the chokecherries and have reddish-black skin that lends them their name. A major attraction for the birds, these cherries aren’t generally eaten by us raw but in jams, jellies, and juices. 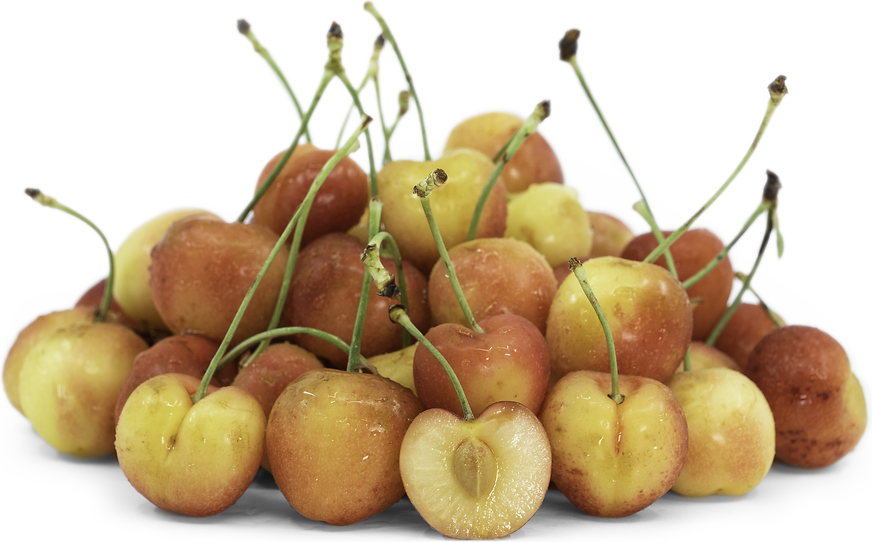 A hybrid between the Bing and Van cherry cultivars, this variety of cherry is relatively new and was developed in 1952. Named after Mount Rainier, these cherries have a pinkish-yellow skin with white flesh inside, which is why they’re also called White Cherries.

10. Not all cherries have a sweet taste

This might come as a surprise to some of you, but not all cherries are known to taste sweet. In fact, all the cherry varieties can be divided into two broad categories: Sweet and Tart Cherries.

While the Bing, Black, and Rainier are all sweet cherry varieties, Morello and Montmorency cherries are examples of the tart varieties.

11. The cherries that grow on cherry blossom trees aren’t eaten by us

Have you ever felt confused between cherry and cherry blossom trees? Allow us to clarify it for you.

While both cherry and cherry blossom trees are closely related, one is popular for its fruits while the other for its flowers.

But does this mean that there are no fruits on the cherry blossom trees? No, not at all. These trees produce small cherry fruits as well. However, they have an unpalatable taste and are, therefore, not eaten by us.

Are you wondering what damage can the tiny cherry pit cause you? Think again. The pits of these fruits contain prussic acid, which, when broken down, degrades into cyanide.

However, because this amount is not concentrated, swallowing a pit or two will not immediately kill you. Just try to avoid crushing them inside your mouth. If they pass through your system intact, they’ll cause you no harm.

This might come as a surprise to many of you, but the number of cherries that can grow on a cherry tree at once puts most other fruits to shame. While the apple count of an average apple tree typically ranges between 800-1,000 apples, the cherry trees grow cherries seven times that amount!

14. The wood of cherry trees is well-known for building fine furniture

Did you know that the wood of the very same trees that provide us delicious cherries is highly prized for making furniture?

Cherry wood is smooth-grained, flexible, and, most importantly, highly resistant to decay and rot, making them an ideal choice for cabinets and wardrobes.

Door County, the easternmost county in Wisconsin, was once the leading tart cherry producer in the nation. Around the 1950s, this county had over a million cherry trees and accounted for over 95% of the total tart cherry production in the country.

It was around this time that Door County was nicknamed Cherryland. Today, the cherry orchards of the county have shrunk back to only 2,500 acres.

16. Michigan is the current cherry capital of the United States

We just learned how Wisconsin might have been leading the cherry production in 20th-century America. However, in the 21st century, Michigan has taken up the charge and grows over 94% of the cherries that are consumed nationwide. For this reason, the state is also called the Cherry Capital of the country.

The 20th century was a tragic time for Britain when the country lost over 90% of its cherry orchards. Therefore, in an attempt to spread awareness about cherries throughout the nation, the celebration of National Cherry Day was set on July 16th every year.

With this, we come to the bottom of our article. Today, we learned many new and fascinating facts about cherries, be it about the origin of their name or their introduction to the USA. We hope you enjoyed these facts and can share them with your friends and loved ones.

Thanks for reading! Now you know everything you could possibly want to know about cherries. Which other fruit are you curious about? Shoot us an email, and we’ll be back with a piece on those soon!