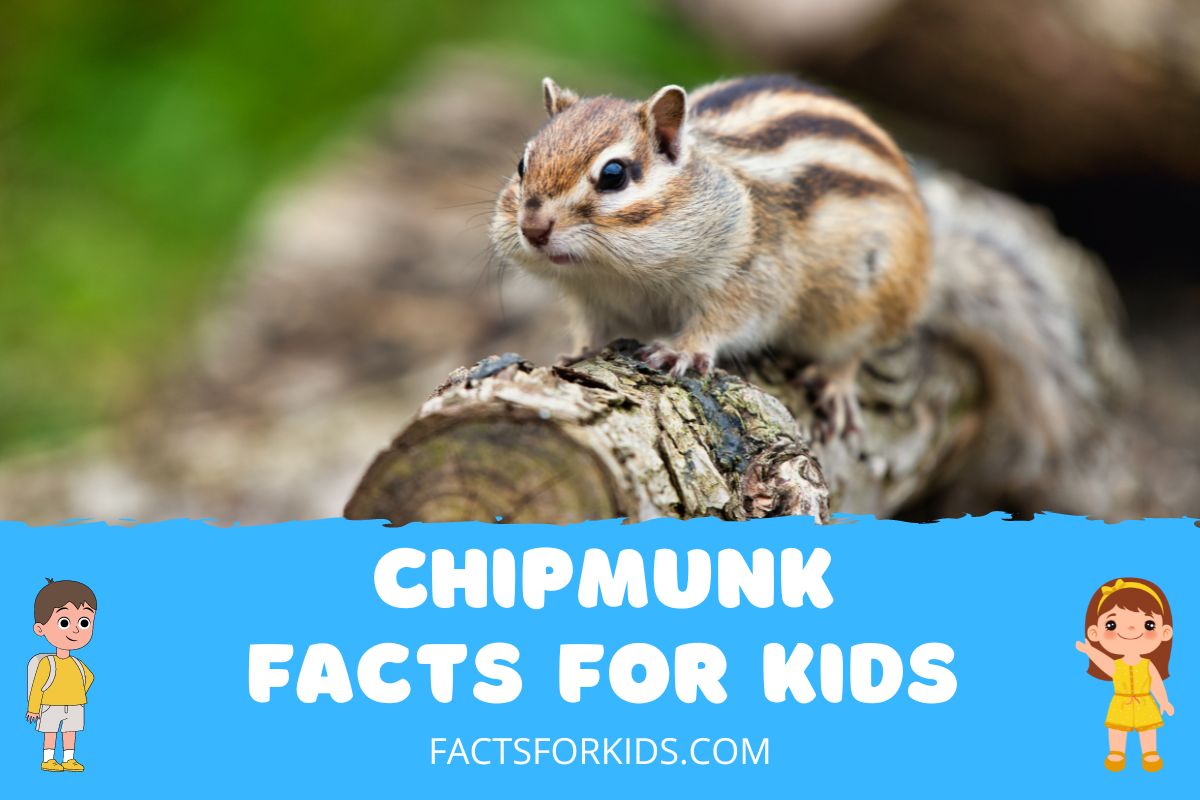 Are you ready for a chipmunk-tastic adventure? Join us as we discover a bunch of fun and fascinating facts about these cute and clever critters. From their striped fur and cheeky cheeks, to their speedy runs and chirping calls, chipmunks are sure to delight and surprise you.

Whether you’re a curious kid or just love learning new things, this article has something for everyone. So come along and learn all about these adorable creatures, who play an important role in many ecosystems around the world.

1. Chipmunks are small, furry squirrels that belong to the rodent family. 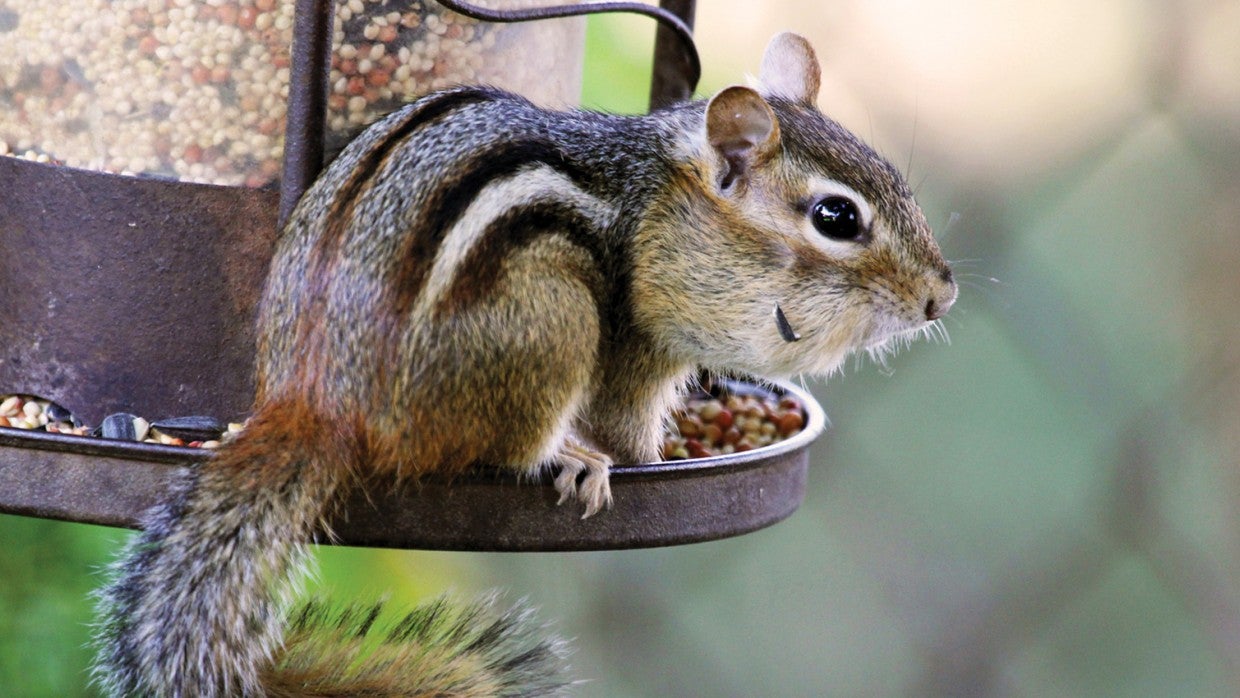 Chipmunks are small, ground-dwelling members of the squirrel family, known for their distinctive stripes and chubby cheeks. They are found throughout North America, as well as in parts of Asia and Europe.

They also belong to a group of animals called rodents due to their extra-large front teeth, or incisors. They are known for their energetic behavior and their ability to hoard food in their burrows.

2. Chipmunks are found in North America, Europe, and Asia.

Chipmunks can be found in many different parts of the world. They are native to North America, Europe, and Asia. They are very adaptable animals and can live in a variety of habitats, such as forests, meadows, and even urban areas. So, you might see a chipmunk in your backyard, or while you’re on a hike in the woods.

They are found in different colors and patterns depending on the species and location. But one thing is for sure, they are cute and fun to watch wherever you find them.

3. Chipmunks have large cheeks that they use to transport food. 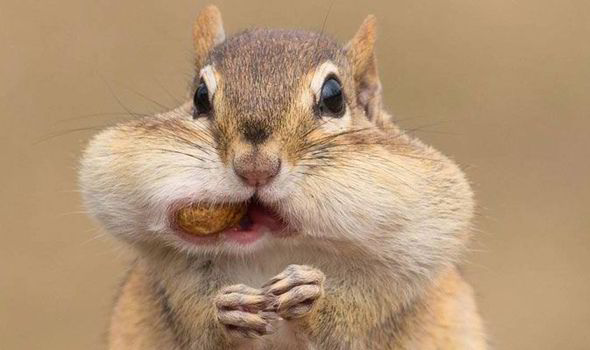 Chipmunks have special pouches in their cheeks, kind of like a little backpack for their food! They use these pouches to carry food back to their burrows. Imagine you have a big bag of candy and you want to take it home with you, but your hands are full.

You would use your cheeks to hold the candy, right? Well, that’s what chipmunks do with their food. They use their big cheeks to carry food back to their homes. They can carry a lot of food, sometimes even as much as a cup in each cheek! Isn’t that amazing?

4. Chipmunks are active during the day and sleep at night.

Chipmunks are what we call diurnal animals. That means they are active during the day and sleep at night. They are most active in the early morning and late afternoon. They spend their days foraging for food, climbing trees, and running around.

At night, they return to their burrows to sleep and rest. This is a common behavior among many animals, as it allows them to avoid predators who are active at night and to take advantage of the daylight hours to find food.

5. Chipmunks sleep for about 15 hours every day.

Apart from sleeping at night, they do take several short naps throughout the day. It’s proven that they need at least 15 hours of sleep each day to function properly. This can include a long nap during the hottest part of the day and shorter naps in between their foraging activities.

6. Chipmunks are excellent climbers and can run fast.

Chipmunks are excellent climbers and can run very fast. They have strong back legs and sharp claws that help them climb trees and other structures with ease. They are able to run up and down trees, along branches, and even upside down. They are very nimble and agile animals.

This combination of climbing and running skills makes chipmunks incredibly elusive animals, which makes them hard for predators to catch and allows them to survive in the wild.

Chipmunks are omnivores, which means they eat both plants and animals. They have a varied diet that includes nuts, seeds, fruits, insects, and small animals like worms and snails. They are opportunistic feeders, which means they will eat whatever food is available to them.

In the wild, chipmunks will forage for food in the morning and late afternoon. They will eat various types of seeds, nuts, berries, fruits, insects, and small invertebrates. They also raid bird feeders and gardens for food when it’s available. Chipmunks store food in their cheek pouches to take back to their burrows and use it later, particularly during the winter months when food is scarce. 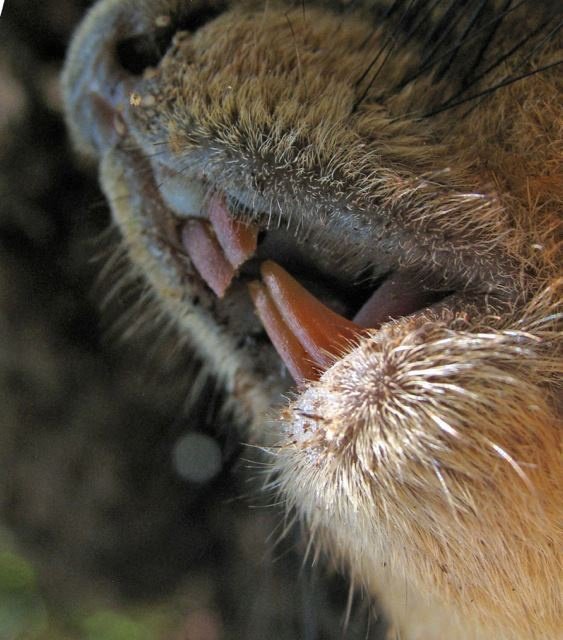 Chipmunks, like all rodents, have sharp teeth that never stop growing. This is because they have to gnaw on hard objects, like seeds, nuts, and even bark, to obtain food, and this constant gnawing helps wear down their teeth so they don’t overgrow.

The incisors of chipmunks are larger and sharper than the other teeth and are used for gnawing. Their teeth grow continuously throughout their lives, which means they need to constantly chew on things to keep them at a manageable length.

This is why they are known to chew on just about anything they can get their teeth on, including tree bark, wooden structures, and even electrical wires. This behavior is also why it’s not recommended to have a pet chipmunk as they will gnaw on anything they can reach. 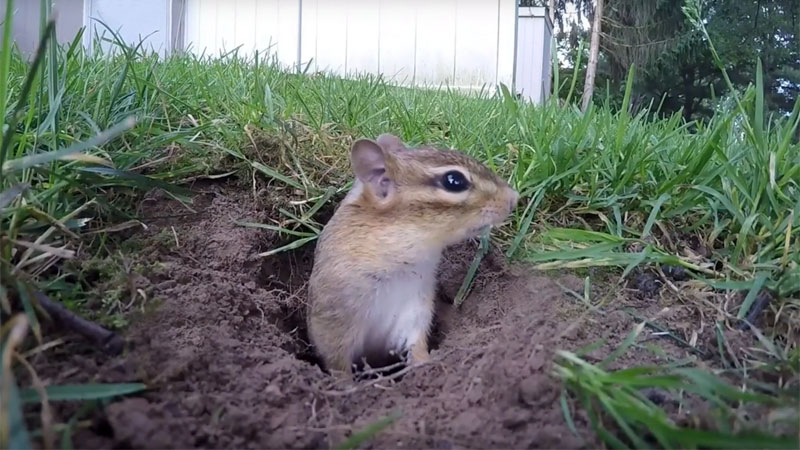 Chipmunks are burrowing animals, which means they make underground holes or burrows called dens to live in. They dig their dens in a variety of locations, such as under rocks, logs, and on the sides of hills or banks. They dig their dens with their strong front teeth and claws.

Chipmunks will usually have several openings to their burrow, which allows them to escape quickly if a predator tries to enter. Inside the burrow, they will have a nest where they sleep and rest, as well as a larder, or food storage area, where they store food for later use, particularly during the winter months when food is scarce.

10. Chipmunks hibernate during the winter months.

During winters, Chipmunks will enter deep sleep, during which their body temperature, heart rate, and metabolism decrease significantly, this allows them to conserve energy. They will wake up once in a while to eat the food that they stored before hibernating and also to urinate and defecate.

This is different from true hibernation, where the animal enters into a deep sleep for the whole winter and doesn’t eat anything in between. Chipmunks use their stored food to survive during the winter months, rather than relying on fat reserves, but most of their time spent during the winter months is underground in the burrow.

11. Chipmunks have an average lifespan of around 3 years in the wild.

Chipmunks are prey for many animals like Hawks, Owls, and Snakes, and also fall victim to diseases and harsh weather conditions. Additionally, their lifespan may be affected by their diet, habitat, and the availability of resources. In captivity, with proper care and nutrition, chipmunks can live longer, up to 8 years.

12. Chipmunks communicate with each other through a variety of vocalizations.

Yes, chipmunks are known to be very vocal animals. Chipmunks make a variety of sounds including chirps, trills, and whistles, which they use to communicate with other chipmunks. They also make a loud, sharp, chattering sound when they are excited or threatened.

Chipmunks also make a high-pitched alarm call when they sense danger, which alerts other chipmunks in the area to potential danger. Their calls and sounds are an important part of their communication system.

13. Chipmunks can swim but they prefer to stay on land.

Yes, Chipmunks are able to swim, but they prefer to stay on land. They are not as well adapted to swimming as other animals, such as otters or beavers, but they can swim if they need to.

Chipmunks swim by using a dog paddle style, which is a simple and efficient way for them to stay afloat. They may not be the fastest swimmers, but they can swim and stay afloat if they need to cross a body of water.

14. Chipmunks are also known to raid bird feeders and gardens for food. 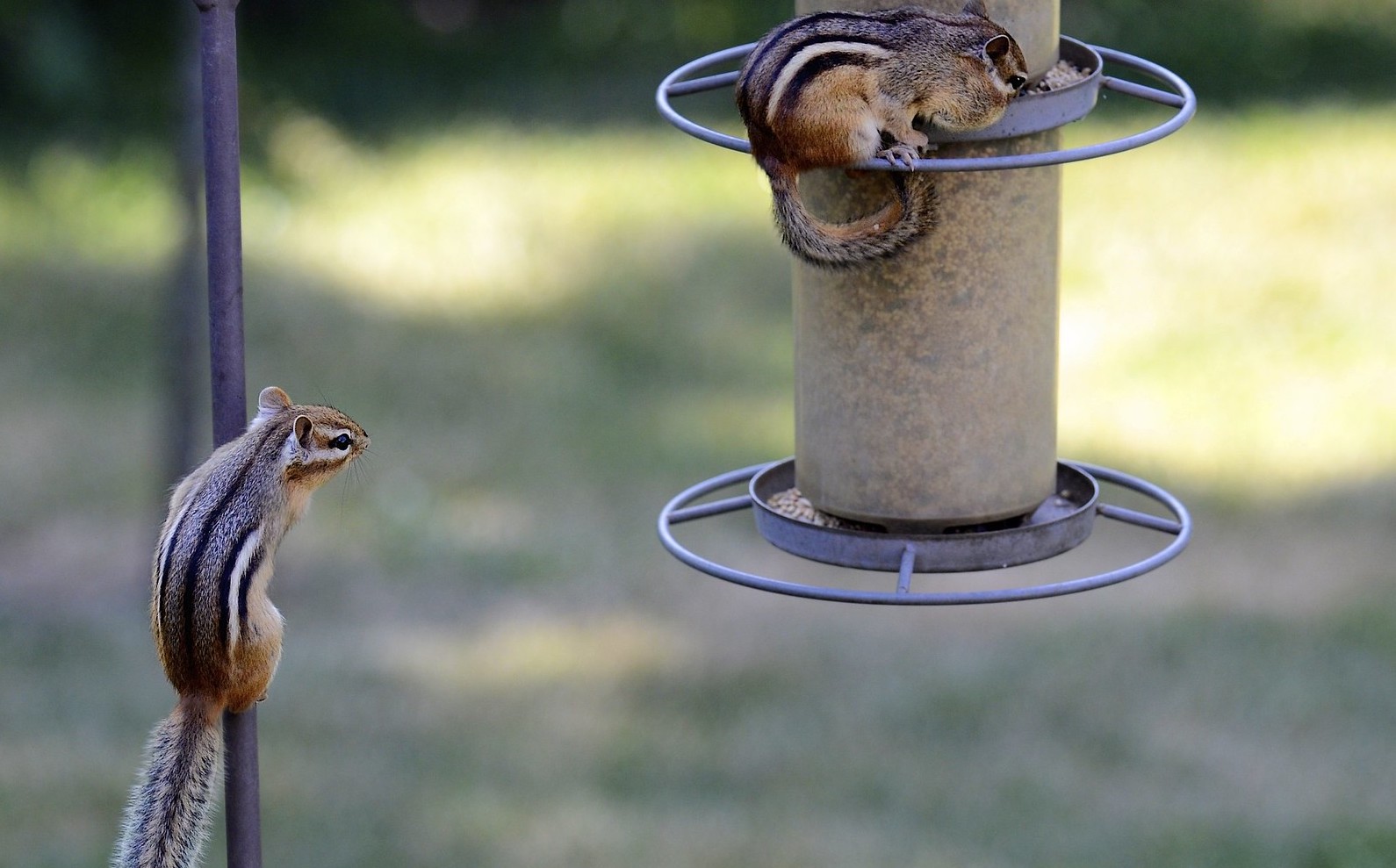 Chipmunks are opportunistic feeders, which means they will eat whatever food is available to them. They are known to raid bird feeders and gardens for food, particularly in urban and suburban areas. They are attracted to bird feeders because they contain a variety of seeds, nuts, and fruits that they like to eat.

Chipmunks can be a nuisance to homeowners and gardeners, but they can be discouraged with some preventative measures, like installing squirrel-proof feeders or using repellents.

15. Chipmunks play an important role in seed dispersal, helping to propagate plants across their habitat.

Chipmunks are like little helpers in the forest. They love to eat seeds and nuts, and while they’re eating, they accidentally drop some of the seeds they’re eating. These dropped seeds grow into new plants and trees, spreading them around their habitat.

This is called seed dispersal and it’s really important for the forest. Chipmunks help make sure that new plants and trees can grow, which is great for all the animals that live in the forest. So, you can think of chipmunks as little helpers that keep the forest healthy and beautiful!

16. Chipmunks are preyed on by larger mammals, birds of prey, and snakes.

Chipmunks are small animals and they have many natural enemies or animals that like to eat them. Some examples of these animals are birds of prey, like hawks and eagles, and snakes. They also have to watch out for larger mammals such as foxes, coyotes, and even domestic cats.

These animals are called predators and they hunt chipmunks for food. Chipmunks have to be very careful and stay alert all the time so that they don’t get caught by their predators. They have to use their speed and agility to escape from predators. Chipmunks are an important part of the food chain and they play an important role as prey for other animals.

17. Chipmunks can’t be kept as pets as they are wild animals and they require special care and diet.

Chipmunks are wild animals and they are not meant to be kept as pets. They have specific needs and a special diet that is different from what we eat. They need a lot of space to run around and play, and they need special food like seeds and nuts to eat. They also need a place to hide, like a burrow or a special house, so they feel safe and secure.

It’s important to remember that Chipmunks are wild animals and they are not meant to be kept in captivity. They should be allowed to live in the wild where they belong. It is illegal to keep Chipmunks as pets in some places and if you are considering keeping one as a pet, you should research the laws and regulations in your area.

Also, it’s important to remember that wild animals can carry diseases and parasites, so it’s not safe for you or your family to have contact with wild animals. It’s better to observe them in their natural habitat and enjoy their beauty from a safe distance.

17 Ladybug Facts for Kids that will Amaze You

27 Octopus Facts for Kids to Blow Their Minds

31 Alligator Facts for Kids to Alligator-ize their Brain