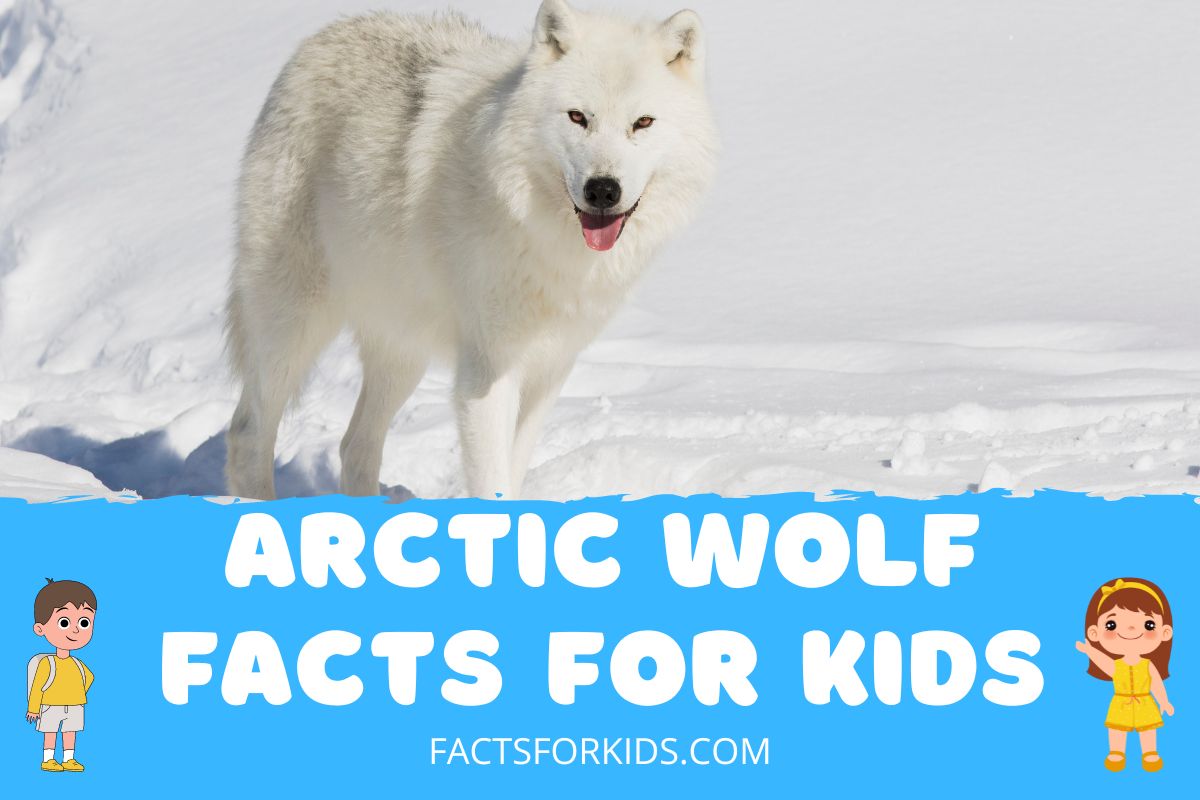 The Arctic Wolf is a majestic and powerful animal that calls the Arctic tundra its home. These majestic animals live in some of the most extreme conditions on Earth, and their ability to survive is truly remarkable. If you’re looking for some fascinating Arctic wolf facts to tell your kids, you’ve come to the right place!

In this article, we’ll be exploring some of the most interesting Arctic wolf facts that will boggle your mind. From their unique adaptations to the way they hunt, Arctic wolves are truly remarkable. Read on to learn more about these incredible animals!

1. The Arctic Wolf is also known as the Polar wolf. 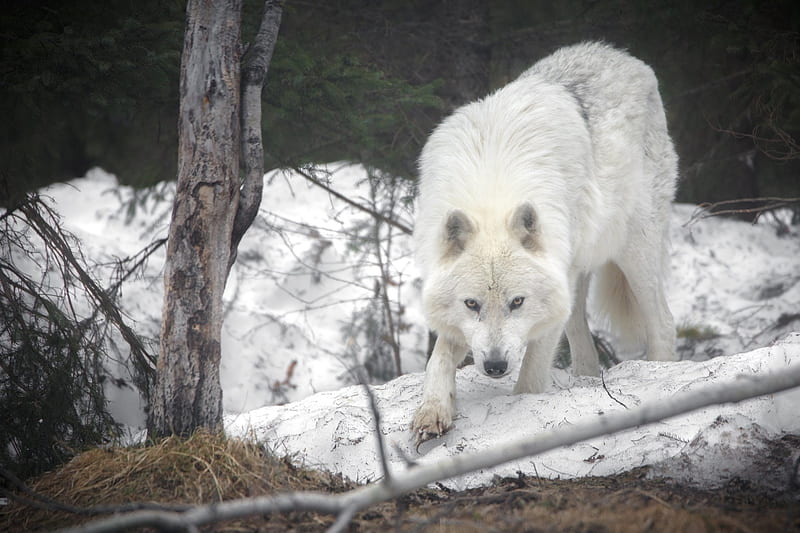 Arctic Wolves live in the very cold and icy parts of North America and Greenland. The Arctic tundra is covered in snow and ice most of the year, and the Arctic Wolves are able to survive in these cold conditions.

They have thick fur to keep them warm in frigid temperatures and also have big paws that act like snowshoes to help them walk on the snow and ice. They live in packs and work together to survive in the harsh Arctic environment. They have to eat animals such as caribou, muskoxen, and Arctic hares to survive in these harsh conditions.

3. Arctic Wolves are white or cream-colored to blend into the snowy environment. Arctic Wolves live in the cold Arctic region of the world. It is very snowy in the Arctic, so the Arctic Wolf has adapted to blend in with its snowy environment.

Arctic Wolves are covered in white or cream-colored fur, which helps them to camouflage into the snowy landscape, so they don’t stand out to predators. This helps the Arctic Wolf stay safe and also helps it to hunt for food without being spotted by its prey.

4. The Arctic wolf is smaller than the gray wolf.

The Arctic wolf’s fur is also usually white or creamy in color, while the gray wolf’s fur is usually gray or brown. Arctic wolves also have shorter legs, shorter ears, and a rounder snout than gray wolves, which helps them to retain more body heat.

5. Arctic Wolves can survive temperatures as low as -50° Fahrenheit.

They have special adaptations that make it easier for them to survive in these super-cold temperatures. They have extra thick fur and a layer of fat that helps them stay warm. They also have wide paws and a lot of fur on their feet that help them walk on the snow and ice without slipping. Arctic wolves have smaller ears and shorter legs than other subspecies of wolves, helping reduce heat loss in the cold climate.

6. Arctic Wolves have a thick double coat of fur to keep them warm in the cold Arctic environment.

Arctic Wolves live in the cold Arctic region, where the temperatures can get very low. To stay warm, they have a thick double coat of fur. This fur coat is made up of two layers. The first layer is made up of short, thick waterproof fur, allowing them to stay dry and keep their body warm.

The second layer has longer white-colored fur that helps keep the wind and snow out and helps them blend in with their snow-covered habitat. Together, these two layers of fur create a warm and snug coat for the Arctic Wolf to wear in the cold Arctic environment!

They can run up to 40 miles per hour, which is incredibly fast! That means they can run from one end of a football field to the other in just a few seconds. Arctic Wolves can run so fast because they need to be able to catch their prey, like rabbits and other small animals. They also have huge paws that help them move quickly over the snow and icy terrain.

8. Arctic wolves are social animals living in packs of 5-15 individuals.

Arctic wolves are social animals, which means that they like to hang out with other wolves. They live in packs, which are like their family groups. A pack usually has between 5 to 20 members in it.

They all help each other to find food, look out for danger, and care for the young. They also howl together to communicate with each other. They even groom each other to keep their fur clean and healthy!

9. Arctic Wolves have a wide range of vocalizations, including barks, howls, growls, and whimpering.

They can communicate with each other using different types of sounds! They can bark like a normal dog, howl like a wolf howling at the moon, growl like a bear, and whimper like a puppy.

They use their different vocalizations to communicate with each other, like when one wolf wants to warn another about danger or when they want to tell other wolves in their pack that they are happy to see them. Arctic Wolves are so cool!

10. Arctic wolves are apex predators, meaning they are at the top of the food chain.

Arctic wolves are the top predator in their environment, meaning they don’t have any natural enemies and they hunt other animals like caribou, arctic hares, musk oxen, and seals to survive. They hunt in packs and use their sharp senses to find food and protect themselves. Arctic wolves help keep the Arctic ecosystem in balance by keeping the populations of their prey in check.

On average, an Arctic wolf will live for 7-8 years in the wild and 20 years in captivity. Life in the wild isn’t always easy for Arctic wolves. They may not have enough food to eat. And sometimes, they can get injured during a hunt, which can be dangerous if it gets infected.

Even though adult Arctic wolves don’t have any natural predators, Polar bears don’t miss any chance to attack isolated wolf cubs. Polar bears are carnivores that mainly eat seals, but they have also been known to attack wolf cubs. This means that if a wolf cub is alone, without its parents nearby to protect it, a polar bear might try to catch and eat it. Polar bears are fierce predators and are not to be messed with!

To summarize, the Arctic Wolf is a subspecies of grey wolf that lives in the Arctic region. It’s also known by some special names like Polar wolf, White wolf, or Snow wolf. Arctic Wolves have thick, white fur that helps them stay warm in the cold temperatures of the Arctic. They also have a thick padding of fur on their feet to help them walk on ice and snow.