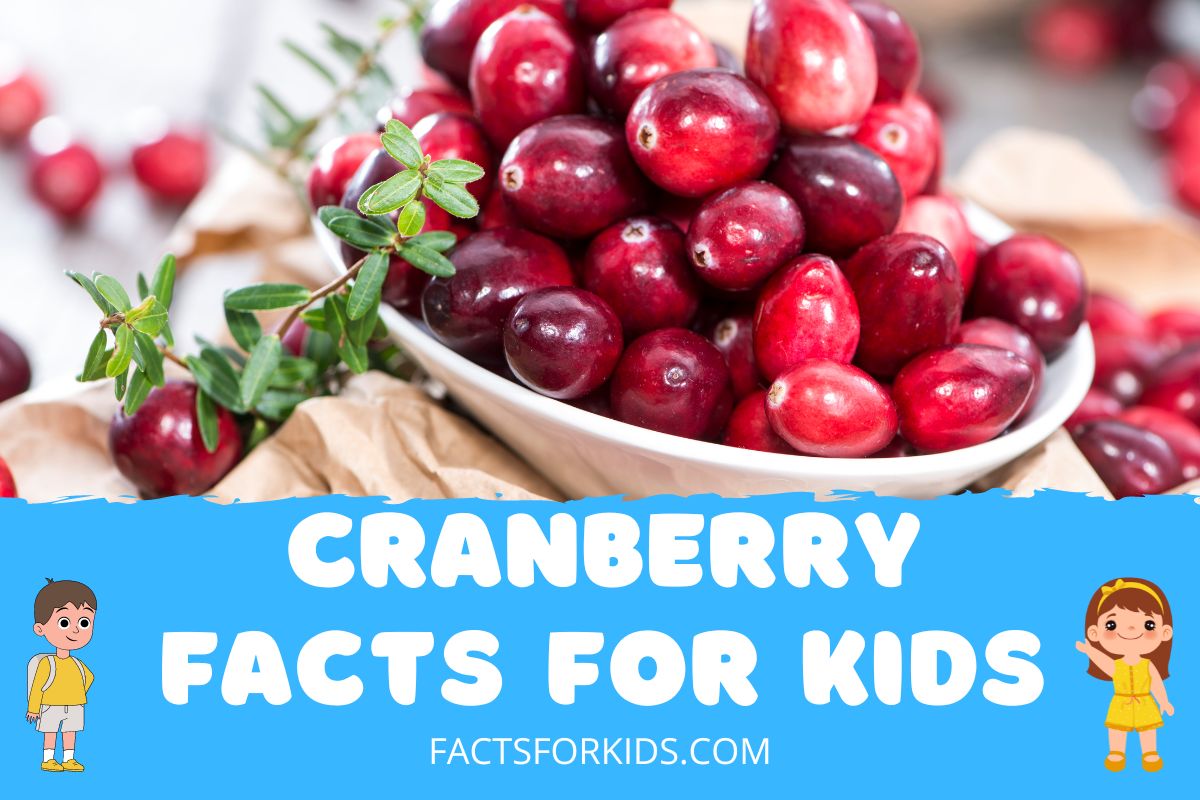 With the holidays quickly approaching, now is a great time to learn about cranberries! This tiny red berry is packed with flavor and nutrients, not to mention a vibrant splash of color to any holiday table. They’re packed with antioxidants that help fight free radicals, and they have a low glycemic index—meaning they don’t spike your blood sugar levels.

Not only are these delicious berries packed with nutrition, but there is also so much to learn about their history and cultivation. In this blog post, we’ll share with you so many interesting facts about cranberries to keep your kids entertained. We’re certain that these fun pieces of trivia will leave you with a newfound appreciation for this vibrant berry!

1. Cranberries are botanically classified as true berries, unlike strawberries

The botanical classification of fruits sometimes differs from their culinary or common classification, most commonly in berries. However, cranberries are an exception to this fact as they’re botanically classified as true berries, unlike strawberries and raspberries.

2. The term “cranberry” is derived from “craneberry”

Cranberry is such a pretty name for a fruit, don’t you think? However, these berries weren’t always called that. In the early 1600s, Dutch and German traders called them craneberries, and there’s an intriguing reason behind this.

During the spring, pink blossoms appear on cranberry plants which resemble the head and bill of a crane, resulting in the berries being named craneberries.

Over time, the name of these berries was shortened to cranberry, which rolls off the tongue much more easily.

3. Cranberries were domesticated in the early 1800s

The domestication of cranberries is a very recent development; it happened less than 200 years ago. Before that, these berries were only found in the wild in North America.

Henry Hall, an American Revolutionary War veteran, was the first to cultivate cranberries in 1816 in the Cape Cod town of Dennis, Massachusetts. By the 1820s, he was shipping his cranberries to New York City, Boston, and even Europe!

4. There are more than 100 commercial varieties of Cranberries in North America

If you’ve ever been to a cranberry market, you must’ve noticed how they’ve separated these berries according to their varieties. Even though they all look more or less the same, there are about 100 commercial varieties of cranberries!

5. Cranberries are one of the few fruits native to North America

Only three to four fruits we commonly consume today have truly originated from North America, cranberries being one of them. These tart berries are found along the northern United States from Maine to Wisconsin.

6. The United States is the leading producer of cranberries in the world

As cranberries are native to North America, it shouldn’t come as a surprise that the United States is the largest producer of cranberries worldwide. The country produces nearly 400,000 tonnes of cranberries every year!

Canada and Chile are the second and third largest cranberry-producing countries, but their combined production volume is slightly more than half of the USA’s production!

7. Wisconsin is the largest cranberry-producing state in the US

Wisconsin produces the most cranberries in the US, followed by Massachusetts. However, Massachusetts’s production is nowhere near close to Wisconsin’s.

Wisconsin produced a whopping 4.64 million barrels of cranberries, blowing Massachusetts’s 2.05 million barrels straight out of the water! These berries are also grown in large amounts in New Jersey, Oregon, and Washington.

8. Cranberries are the state fruit of Wisconsin

Since Wisconsin is the largest cranberry-producing state, it makes sense for cranberries to be the official state fruit there.
Still, the fruit part doesn’t really make sense, does it?

Even though cranberries are botanically classified as berries, they are often called fruits in general English, which is the reason behind this mix-up.

9. Cranberries are the state berry of Massachusetts

If you remember, these berries were also cultivated for the first time in Massachusetts! Even today, the state grows an excellent crop of cranberries, with 14,000 acres in production.

10. Only 5% of the worldwide Cranberry production is sold fresh

Although cranberries benefit our health, most people cannot look past their tart flavor, which is why processed cranberries are the preferable choice in markets.

Only 5% of the worldwide cranberry production makes it to picnic baskets, dining tables, and lunch boxes. The rest 95% is processed and turned into sauces, jams, and juices. A good percentage of cranberries are also dried and sweetened to be used in pies and as snacks.

11. During World War II, the American troops required a million pounds of dried cranberries each year

If you don’t like eating cranberries solely because of their taste, this fact might help you. During the second world war, the American troops consumed around one million pounds of dried cranberries every year. The soldiers realized that despite their taste, these little berries have numerous health benefits, and so should you!

12. Cranberries are classified as a superfood

Foods that offer maximum nutritional benefits with minimum calories are referred to as superfoods. When consumed regularly on a moderately healthy diet, these foods help prevent several serious health problems, including heart diseases.

The high amount of flavonoids present in berries, including cranberries, is known to lower the risk of heart attacks.

13. Cranberries are only in season from October to December

Although you can usually find dried berries and processed cranberry products in markets all year round, fresh berries are only available for a few precious months. After mid-January, there’s little chance of you finding fresh cranberries locally.

14. Cranberries do not grow in water!

It’s a common misconception that cranberries grow in water. One of the main reasons behind this is the Ocean Spray commercials which generally feature two employees knee-deep in water with floating cranberries around them.

However, cranberries actually grow on vines in bogs (wetlands rich in acidic, organic, or sandy soil with a peat or clay base). When ready to be harvested, those bogs are filled with water, which makes it seem like these berries are grown in water.

15. Harvesting cranberry is a tedious task

Cranberries have four air pockets which allow them to float on water. In the wet method, when these berries are ripe for harvest, the berries are cut from their vines, and the bogs are flooded with water. Farmers then corral them towards a giant elevator that loads them on trucks using suction.

The dry method sounds exactly like it is. Instead of flooding the bogs, farmers hand-pick the berries. This method is less efficient but prevents the berries from being damaged. Dry-harvested berries are used for fresh consumption.

16. Seven out of ten cranberries come from Ocean Spray

Ocean Spray is an American agricultural cooperative consisting of cranberry farmers. It is headquartered in (surprise, surprise) Plymouth County, Massachusetts. It currently has 700 member farmers.

Ocean Spray is such a large-scale cooperative that seven out of ten cranberries sold worldwide today come from its members’ farms!

17. Cranberries are a storehouse of antioxidants

Cranberries contain the highest levels of phenols, a type of antioxidant. Antioxidants may reduce the risk of several diseases, especially heart problems. They might also lower the LDL or bad cholesterol levels in your body.

Did you know that those tiny cranberries are made up of almost 90% water? It’s true!

Besides water, cranberries primarily contain carbs and fiber. They are the perfect munching snacks for you as they’re healthy and hydrating. That is if you can stomach the tart, mildly sweet flavor.

You can also get sweeter varieties in the market that have been genetically engineered. However, remember that those sweet cranberries might be expensive, so don’t buy them without your parent’s permission.

Besides their high water and antioxidant content, cranberries have several health benefits.

Drinking cranberry juice regularly might reduce the risk of Urinary Tract Infections (UTIs) in children and adults, according to a few scientific studies.

However, processing can affect the efficiency of the UTI-preventing phytonutrients in cranberries, so it’s best to rely on fresh juice or supplements. 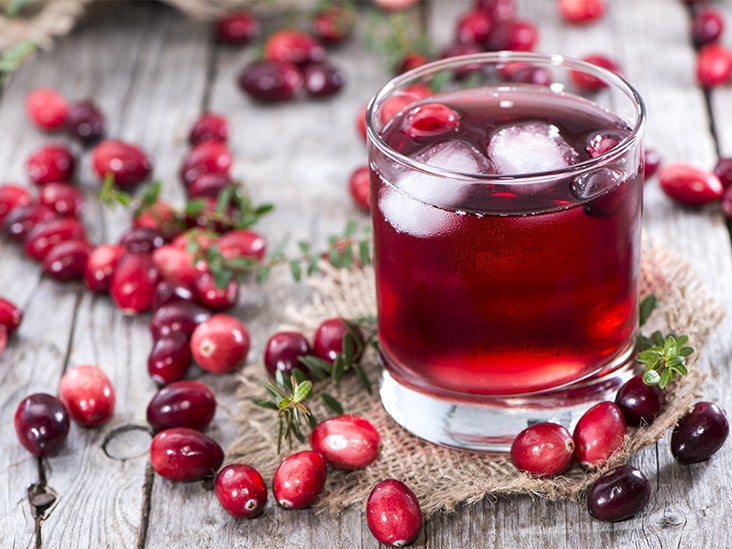 Cranberry juice has a natural chemical that prevents cavity-causing bacteria and pathogens from sticking to the teeth. So, if you drink cranberry juice three to four times a week, your dentist will be really pleased with you.

However, this is no excuse for you to eat dessert after dinner every day!

21. The seeds of cranberries are both edible and nutritious

Cranberry seeds are located inside the berries, unlike those in strawberries which are visible from the outside.

Cranberry seeds are perfectly safe for human consumption; they’re even really beneficial for our health! Although the seeds are a little hard to crack and have a bitter taste, they’re rich in antioxidants and fiber, so fair trade, right?

If the taste is a deal-breaker for you, you can grind these seeds up and add them to smoothies to eliminate their flavor.

22. Cranberries are used to flavor wine!

The tart tang of cranberries is perfect for flavoring wines that are generally acquired tastes. However, since these berries don’t undergo fermentation like grapes, they cannot be used in the traditional winemaking process.

23. Cranberries can also be used as a fabric dye

If you’ve ever spilled cranberry juice or a cranberry pie filling on your clothes, you know how hard it is for your mother to get the stain out. But have you ever wondered if cranberries could be used to dye clothes?

The answer is yes; they can. Although it isn’t the most suitable fabric dye, cranberries can certainly dye clothes. You can even try it out yourself! However, don’t forget to get an adult’s supervision and help before turning on the stove.

Your cranberry dye is ready. Strain the mixture and save the berries for another recipe!

When living in England in the mid-1700s, he’d often get homesick for his favorite snacks and ask his wife Deborah to ship barrels of cranberries to him! He also asked for the same of her while living in France from 1776 to 1778.

25. November 23 is celebrated as National Eat A Cranberry Day!

If you’re a cranberry enthusiast or this article piqued your interest in cranberries, we have great news for you.

November 22 is celebrated as National Eat A Cranberry Day every year! Cranberry lovers from around the world prepare delicious desserts with these berries to celebrate them.

People also come together on online forums about cranberries to discuss the significance of these berries and exchange never-heard-before facts. Join in if you don’t want to miss out on all the fun!

25 Pear Facts For Kids That Will Blow Your Mind

27 Raspberry Facts For Kids That Will Amaze You