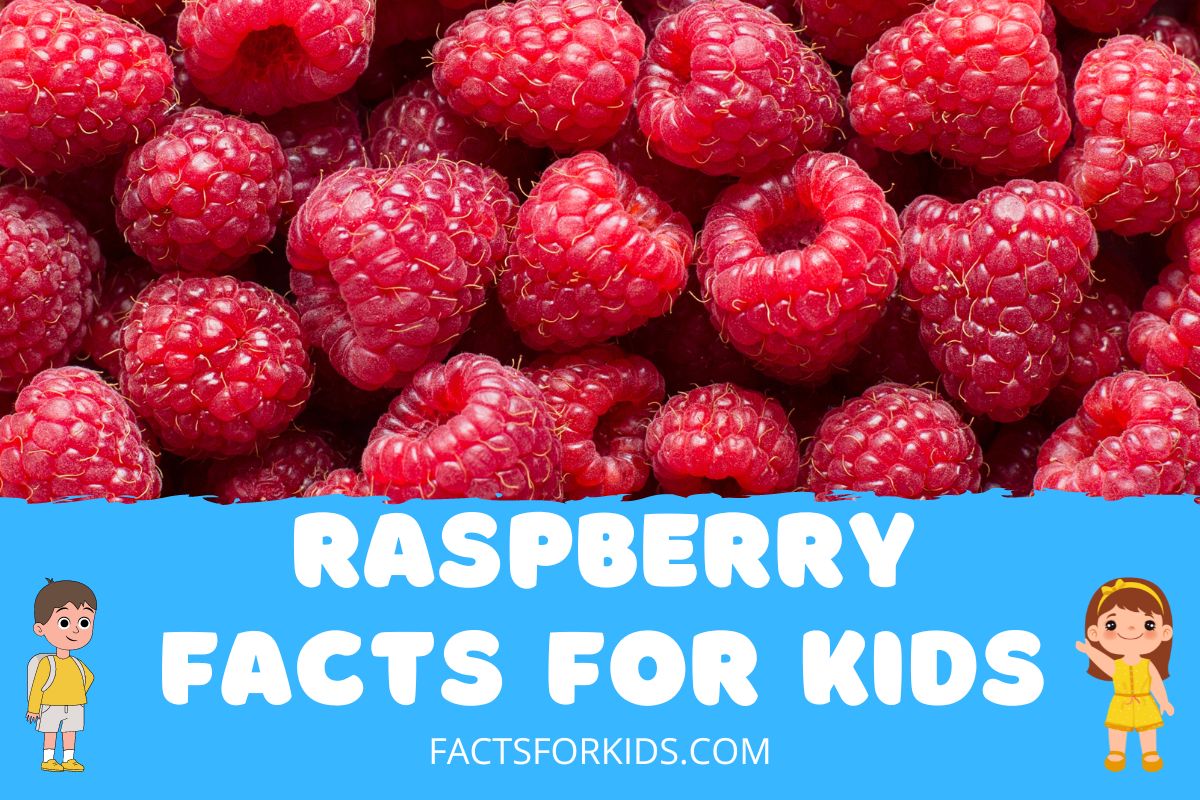 Raspberries are a delicious, sweet fruit that is widely enjoyed across the world. They are grown in many different countries and have a long history of cultivation. Raspberries can be eaten fresh or used in cooking to make jams, jellies, tarts, and pies. They are not only tasty but loaded with antioxidants, vitamins, and minerals.

In this article, we’ve put together lots of fun facts about raspberries that will keep your little ones entertained for hours. So, without any further ado, let’s begin!

1. Raspberries are not true berries but aggregate fruits! 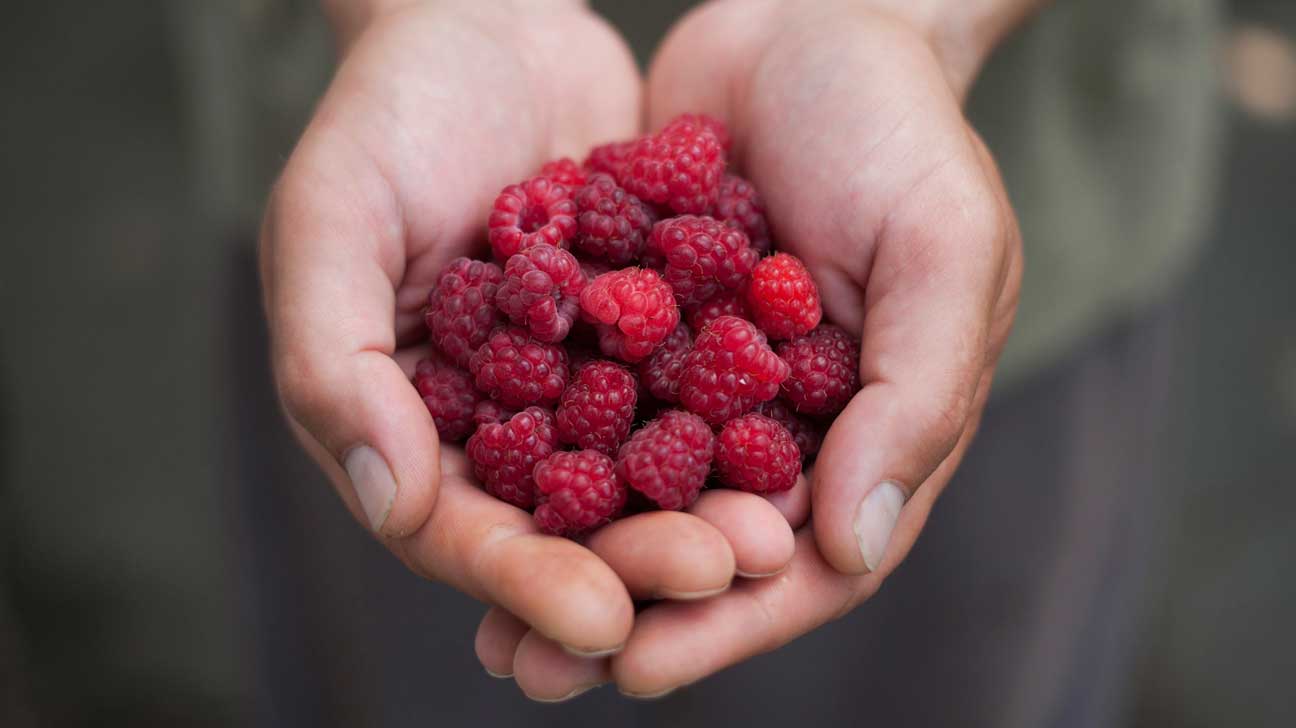 Most people assume that fruits like raspberries and strawberries are berries, and it’s understandable. After all, that’s what they’re called, right? However, berry isn’t just a common English term; it’s also a botanical term. And botanically, raspberries aren’t true berries at all.

Instead, they belong to an entirely different category called aggregate fruits. The fruits in this category are formed by many ovaries coming together to form one flower.

2. The small buds that make a raspberry are called drupelets

If you’re an avid raspberry eater, you might’ve noticed the small buds that make up a raspberry. In general, a raspberry is composed of about 50 to 150 of those small buds, which are called drupelets.

But did you know that those small buds are actually tiny fruits? It’s true; drupelets even have seeds, too!

3. Raspberries belong to the Rose family!

Roses and raspberries belong to the same family, Rosaceae. Fruits like peaches, plums, apricots, cherries, apples, pears, and strawberries are also part of this family, making it one of the six most economically important crop plant families in the world.

4. The term ‘Raspberry’ has Latin origins!

The word raspberry has a nice ring to it, don’t you think?

You’d be surprised to learn that raspberries get their name from the Anglo-Latin word raspise, which means a sweet, rose-colored wine.

The name could’ve also been influenced by the fruit’s rough surface, leading to the use of the Old-English word rasp, meaning rough berry.

5. There are more than 200 varieties of raspberries!

If you’ve ever seen a raspberry bush, you must’ve noticed the sharp thorns on the stem. The vines these fruits grow on also require vertical support.

To improve upon these issues, various raspberry breeding programs were held. Recent breeding has resulted in new and more efficient raspberry varieties. These produce large yields, don’t have thorns, and can grow without staking (support).

More than 200 varieties of raspberries are grown today, most of which are cross-bred with other berries.

6. Raspberries were first cultivated in the 4th century

Raspberries have been around for much, much longer than you’d imagine. Archaeological evidence suggests humans consumed raspberries even in the Paleolithic Era!

According to the writings of the Roman agriculturalist, Palladius, the Romans started cultivating raspberries in the 4th century.

The cultivation of raspberries in England began in the 16th century. Although the Americans were already eating the black raspberries native to the region, full-fledged cultivation only started in the early 1800s. 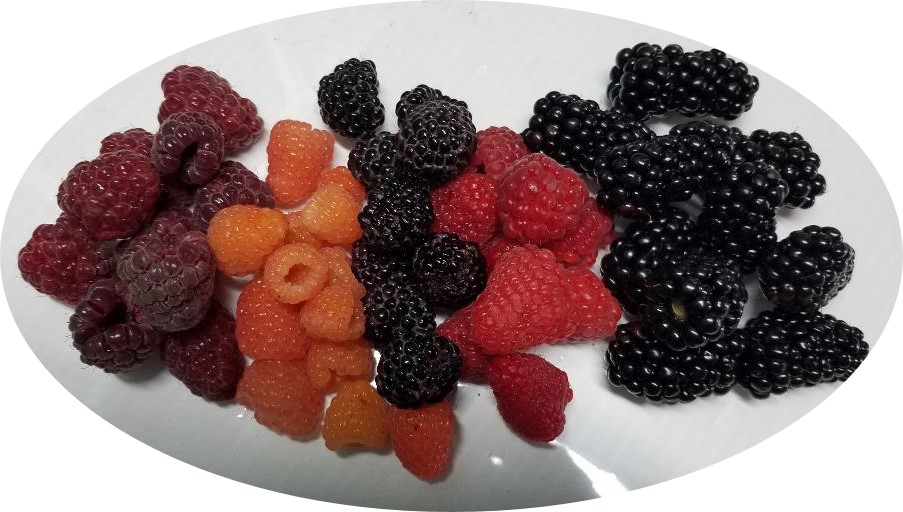 Yes, Red Raspberries are great, but have you ever had Black Raspberries?

Raspberries mostly occur in four colors: red, black, purple, and yellow/golden. The difference in fruits’ pigments doesn’t make much difference in their taste, except for sweetness. In other words, all raspberries have the same flavor regardless of their color; only some are sweeter than others.

The most common of these is the Red Raspberries, which you can find in almost every fruit market and online. 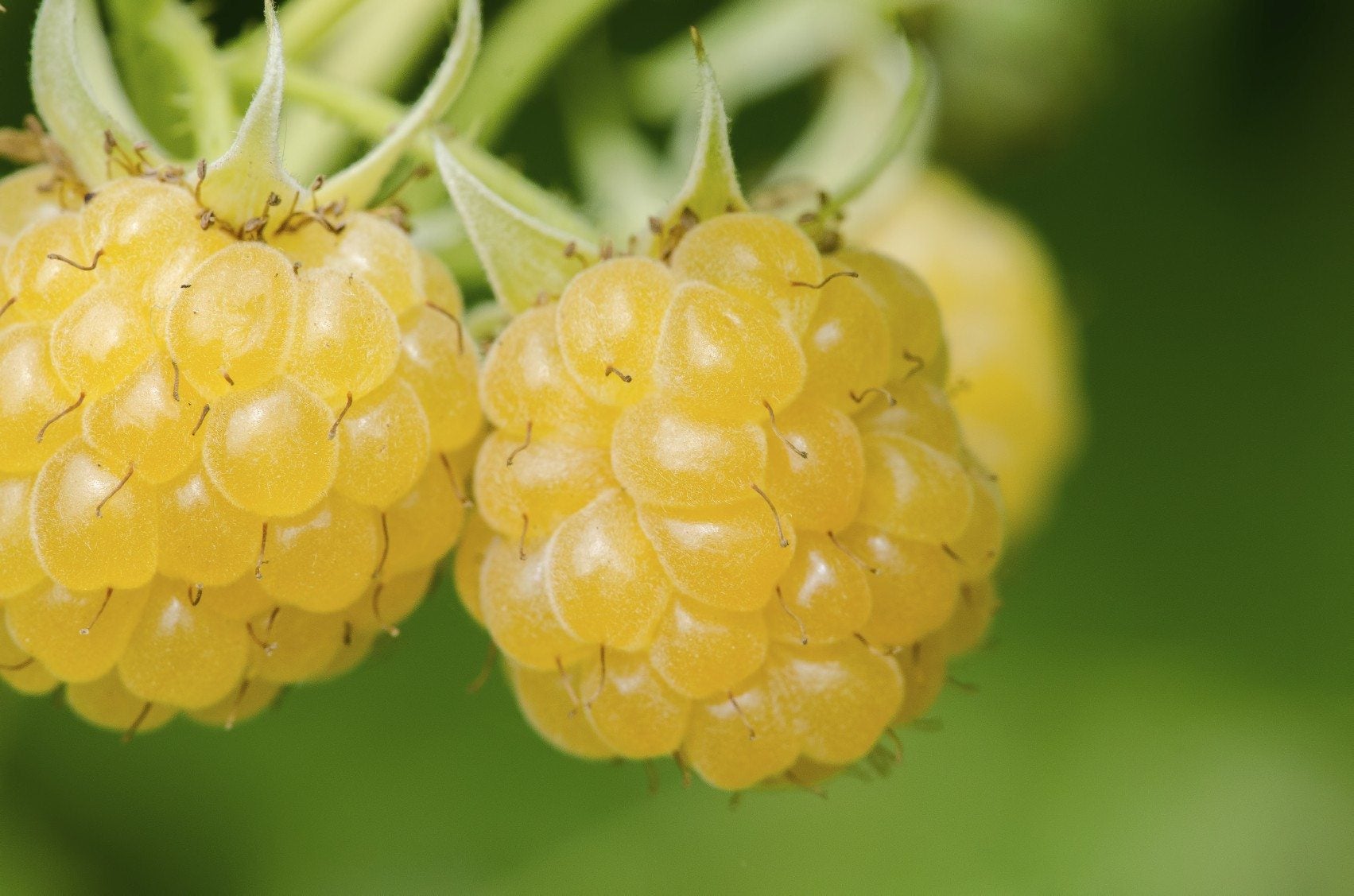 Golden Raspberries look vibrant, but they taste even better. They are sweeter than Red Raspberries; their taste is often compared to honey and apricots.

If you’ve ever had these naturally-occurring variants of raspberries, count yourself among the fortunate ones because they’re very rare. Even if you find them, they’re sold as novelty items and are extremely (often bordering on unreasonably) expensive.

Have you ever noticed that raspberries have hollow insides?

If you’ve ever picked raspberries, you might’ve noticed the white-colored receptacle that’s left behind when the fruit is plucked out. And it’s a good thing that it doesn’t come with the fruit because those receptacles are inedible.

Raspberries are composed of almost 85% water, which is why it feels like they’re exploding all their sweet juices into your mouth: they literally are!

11. Raspberries can float on water!

We just told you how water makes up for 85% of raspberry’s mass. Did that make you wonder if these fruits can float on water?

First, let us tell you what floating on water is all about: density. If a fruit’s density is less than water’s, it floats; otherwise, it sinks. The density of raspberries is quite low, as they’re hollow from the inside. This means they generally float on water.

12. Raspberries are a storehouse of antioxidants

Raspberries don’t only taste and look good; they also work wonders for your health when consumed regularly!
For example, these berries contain powerful antioxidants like Vitamin C, which help prevent oxidative stress on your cells.

Research also suggests that they have anti-inflammatory properties, which might prevent the risk of chronic diseases like diabetes, cancer, and obesity.

If you’re worried you’ll grow fat from eating raspberries, you’re in for a surprise.

The fiber and water content of raspberries together make these berries the perfect snack. As long as you’re eating them in moderation, raspberries might even help you lose weight!

This is because fiber binds your stomach and makes you feel full even after eating just a few of them. They satiate your sweet tooth while reducing the urge to binge eat.

The antioxidant content of raspberries might help reduce the signs of aging by fighting the free radicals in your body.
Vitamin C in them is also necessary for healthy skin, as it reverses damage caused to the skin by UV rays.

Raspberries taste juicy and sweet when eaten fresh, but that’s not all they’re good for. These fruits are a wonderful addition to almost every dessert, and there are many ways to preserve them for a longer time, too!

Raspberry wines are a delicacy in the wine industry, and these berries are also added to grape wines to sweeten them.
Raspberries are dried, canned, frozen, and made into jams to preserve them for a longer time.

Blue raspberries do not exist, even if the label on your 100% natural fruit drink tells you otherwise.

If you’ve bought a blue raspberry product, let us tell you that no such fruit exists, and even if it does, it hasn’t been discovered yet. Products that claim to have Blue Raspberry juice generally contain extracts from lesser expensive fruits like oranges and apples.

18. Russia is the leading raspberry-producing country in the world!

Russia produces the most raspberries out of all other countries, with a yearly production of approximately 174,000 tons. That’s almost 20% of the worldwide raspberry production!

The second, third, fourth, and fifth places are currently occupied by Mexico, Poland, Serbia, and the United States, respectively.

19. California is the largest raspberry-producing state in the United States

California produces the most Raspberries in the United States; the Golden State accounts for almost 80% of the country’s total raspberry production!

Oregon and Washington are next in line, but their combined production is far less than that of California.

20. The Raspberry Special transported raspberries from Scotland to London in the 1950s

Scotland is often said to produce the finest raspberries in the world. Looks like the people in London firmly believed in this saying! In the 1950s, Scotland shuttled raspberries to London on a steam train called the Raspberry Special.

Blowing a raspberry is a way to display derision and ridicule. To blow a raspberry, you make a sound by putting your tongue out and blowing. The sound thus created resembles a fart. It is generally taken as a sign of insult and also makes you come across as childish.

If you like watching the Oscars, you’ll love the Golden Raspberry Awards.

The Golden Raspberry Awards or the Razzies are a parody of the Academy Awards. Some nominations include Worst Picture, Worst Screen Combo, Worst Actor, and more.

They are called so in reference to the rhyming slang, blowing a raspberry.

23. Raspberries have a cultural significance in the Greek mythology

As you already know, raspberries have been consumed in Europe, particularly in Rome and Greece, since the 4th century. Therefore, it shouldn’t be a surprise that the fruit also strongly influenced the region’s culture.

According to Greek mythology, all raspberries were white until Ida, baby Zeus’s nursemaid, pricked her finger on the thorny raspberry bushes. Her blood stained the raspberries, and they’ve remained red ever since.

Rubus idaeus, the scientific name for raspberries, also means bramble bush of Ida. Raspberries are also seen as a symbol of fertility in Greek culture.

24. Astronomers claim the Milky Way “could taste of raspberries!”

How cool would it be if the Milky Way tasted like raspberries?

While looking for amino acids (the basic elements from which life is created) in space, scientists came across one giant dust cloud at the heart of the Milky Way.

And while they didn’t find any amino acids in there, they did find ethyl formate, the chemical responsible for the flavor of raspberries.

25. Raspberries are the national fruit of Nepal

Raspberries are also the national fruit of Nepal and are widely grown in this country. In fact, there’s a particular raspberry variety that grows only in this  Asian country. They’re called Nepalese Raspberries (rubus nepalensis), are golden in color and slightly sour in taste. 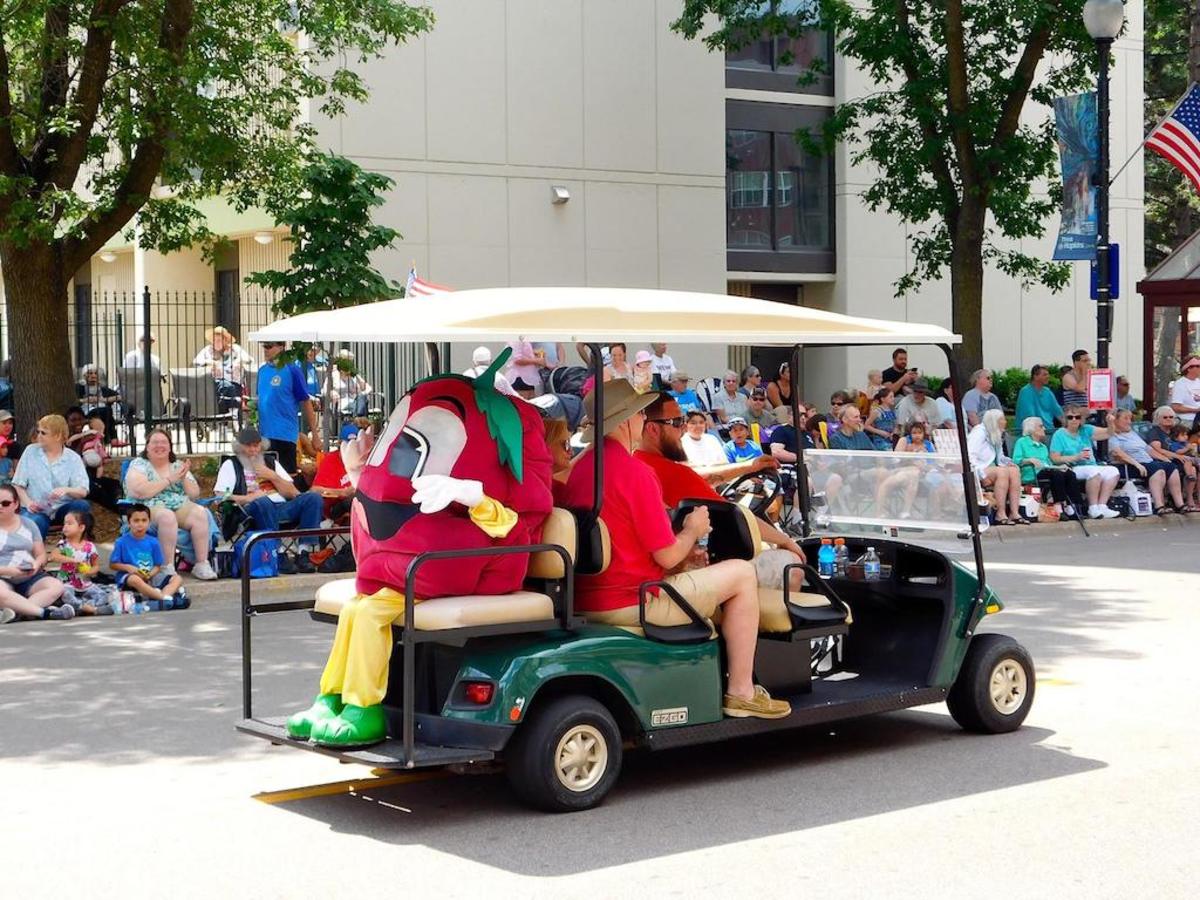 If you are a raspberry enthusiast and live somewhere near Hopkins, Minnesota, you’re in for a treat: literally!

The small town of Hopkins has been hosting a three-day Raspberry festival every year in July. The events include a Search for the Golden Raspberry, a Grande Day Parade, a Family Day, and much more!

You’ll be able to try the different, rare varieties of raspberries as well.

We all love desserts, especially if they’re fruit flavored, right?

Someone thought it would be a great idea to celebrate raspberries and fruity desserts together on National Raspberry Cake Day. And we don’t know about you, but we surely agree!

To celebrate National Raspberry Cake Day, put your own spin on this dessert! You can add in chocolate, strawberries, blackberries, and maybe some lemon zest. Just go into that kitchen and create something completely original!

Raspberry festivals are also common in places where these berries are grown. If you cannot attend such an event, you can also host one with the help of your friends and family!

25 Pomegranate Facts For Kids That Are Fun To Know